Two former gigafactory employees in Sparks, Nevada, are suing Tesla for mass layoffs. They claim that more than 500 workers were terminated at the plant without the required 60-day notice, in violation of the federal Worker Adjustment and Retraining Notification Act (WARN). They are seeking class-action status for all former Tesla employees across the United States who were terminated in May or June without notice. Additionally, some sources report that many employees involved in diversity and inclusion programs were among the layoffs.

Former Tesla employees John Lynch and Daxton Hartsfield were reportedly laid off in June. In the lawsuit filed in federal court in Texas on Sunday, they say they are among thousands of workers laid off recently as part of company-wide budget cuts. Tesla simply informed the employees that their dismissal would take effect immediately, the complaint reads. It alleges that the layoffs violated the requirements of the federal WARN Act, according to which workers must receive 60 days written notice before being laid off en masse.

Indeed, earlier this month, CEO Elon Musk emailed his executives to tell them he had a “very bad feeling” about the economy and that Tesla was going to cut its workforce by 10%. However, according to Musk in an interview at the Qatar Economic Forum last week, the electric vehicle maker has since revised its target to just over 3%. With respect to the lawsuit filed by the former employees, citing the federal WARN Act, they allege that because they did not receive such notice, Tesla also owes them 60 days of pay. 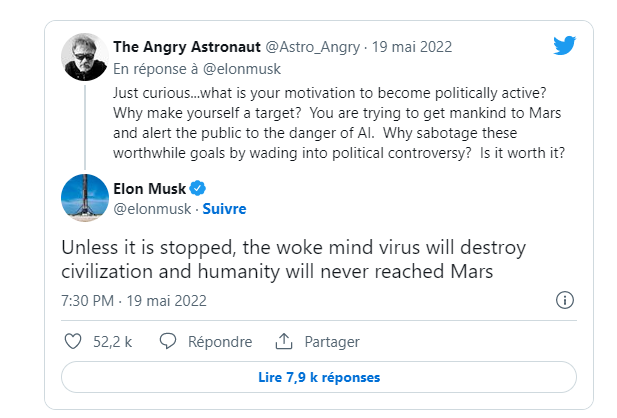 The US WARN Act applies to companies with at least 100 full-time employees or 100 or more employees who collectively work at least 4,000 hours per week, excluding overtime. Like California’s WARN law, which covers companies with 75 or more employees, it aims to give workers notice of job loss in the event of mass layoffs or plant closures. Tesla did not act in good faith and did not have reasonable grounds to believe that its acts and omissions did not violate the WARN Act, the complaint alleges.

The idea is to give employees enough time to find another job or retrain. One of the workers who filed the complaint, John Lynch, said he was informed on June 10 that he was to be dismissed with immediate effect. According to a lawyer for the plaintiffs, the company is trying to get the workers to accept a severance package of one week’s pay in return for a legal agreement not to sue. “We advise employees not to sign this agreement because they are likely entitled to much more under the WARN Act,” attorney Shannon Liss-Riordan said.

According to the complaint, the workers concerned suffered a “devastating economic impact”. For his part, Musk described the lawsuit as “minor consequence”. It’s a small lawsuit of minor consequence. Anything Tesla-related makes headlines, whether it’s a bike accident or something much more serious,” he said. Asked about the requirement under the WARN Act to announce the impending mass layoffs to workers and government agencies, he said: “We made an announcement.” But the billionaire did not provide any details about the announcement in question.

Musk did not explain why he said earlier this month that he had a “very bad feeling” about the economy. But he said last week at the Qatar Economic Forum: “We have grown very fast on the employee side and a little too fast in some areas, which requires a reduction in the number of employees,” he said. Tesla is by far the largest electric vehicle (EV) producer in the United States and remains the global EV market leader, but reports indicate Volkswagen could overtake the Austin, Texas-based automaker as early as 2024.

The report adds that Berretta-Paris was also the volunteer president of LGBTQ+ at Tesla. The alleged layoffs of these diversity officers at Tesla come as Musk has made several comments about what he calls “the woke mind virus”, which he says is “destroying civilisation”. The CEO never specified what he meant by “woke mind virus”. While the word “woke” originally represented a person attentive to the injustices of society, it has now been widely used by the right to mock progressive activism or more extreme ideas of the left.

Musk never used the word in public until the past few weeks, around the time he started to get more political and called the Democratic Party “the party of hate”. He added that he would vote Republican in the future. That people involved in what some might call “wokeness” at Tesla were among the layoffs might be a coincidence, analysts say, but it’s certainly not a good thing when some of the people most involved in diversity programs are fired amid Musk’s comments on “woke” culture.

Lynch and Hartsfield’s lawsuit follows a spate of lawsuits filed in recent years over working conditions at Tesla factories. California’s civil rights regulator is suing the company, alleging that black workers at Tesla’s Fremont factory were paid less than white workers, were denied promotions and victimized daily racist abuse. Tesla called the complaint the “erroneous” result of a “summary investigation” and said the automaker “strongly opposes all forms of discrimination and harassment.”

Last week, Tesla shareholder Solomon Chau filed a lawsuit against the company, citing a dozen worker lawsuits and alleging that Tesla has “a toxic work culture based on racist and gender-based abuse and discrimination.” discrimination against its own employees,” which would have exposed Tesla to hundreds of millions of dollars in potential liability for violations of federal and state law.”

What is your opinion on the subject?

Elon Musk announces that Tesla has suspended all hiring worldwide and must reduce staff by 10%, which represents almost a thousand employees