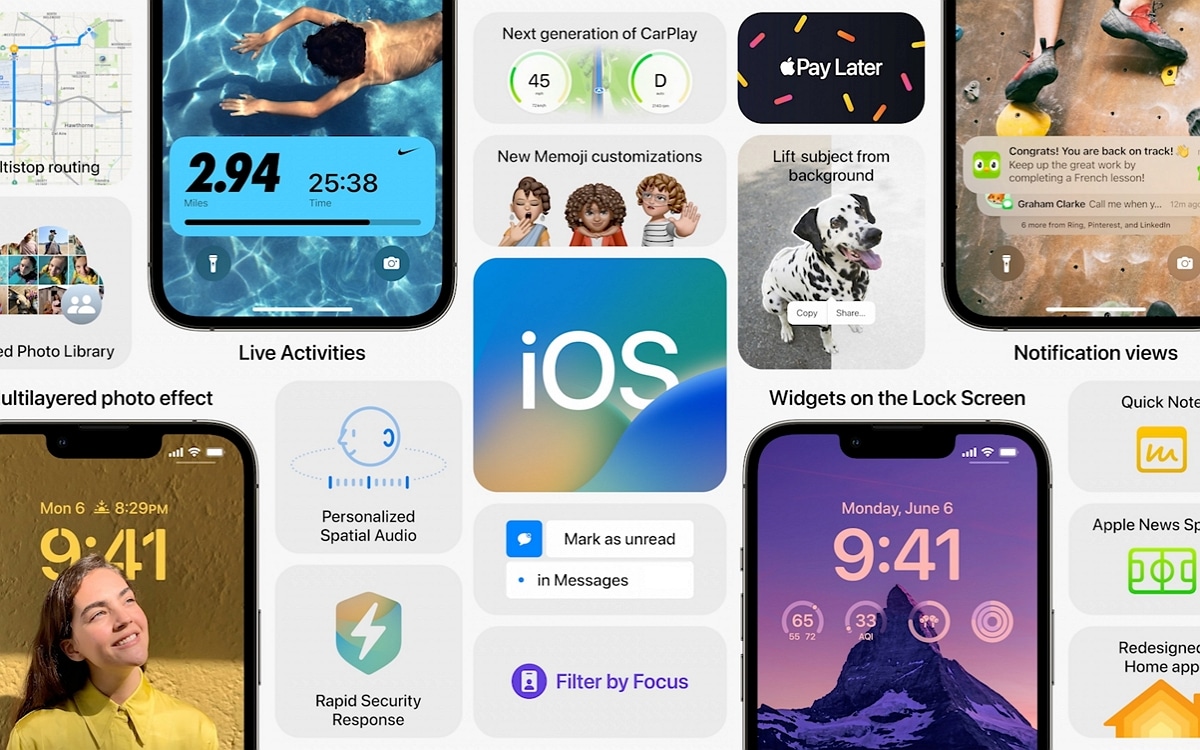 Apple officially presented iOS 16 on the occasion of its annual developer conference which took place from June 6 to 10, 2022. A conference rich in novelty since the Cupertino company also unveiled its Apple M2 processor, two new computers the MacBook Air M2 and the MacBook Pro M2, not to mention the latest versions of MacOS Ventura, watchOS and iPadOS.

During this conference, Apple specified some of the new features that will benefit owners of an iPhone 8 or a more recent model (the iPhone 7 is not compatible, as a reminder). Among these novelties, we find the new visualization of the maps of Apple Maps, the editing functions of the Messages application and of course the customizable lock screen at will. This last function is really the most interesting of iOS 16.

Two betas of iOS 16 soon to be deployed by Apple

And you are certainly looking forward, like us at the editorial staff, to trying it. This is not yet possible since the first beta was reserved for developers. It was deployed on the day of the formalization of the operating system. You will normally have to wait for the third version, announced by Apple in July 2022. When will it arrive? According to a message posted on Twitter by Mark Gurman, famous American journalist from Bloomberg, Apple will deploy this third beta of iOS 16 during the week of July 11, 2022. That is to say between July 11 and 15.

This means that Apple will release a sufficiently stable version of its next operating system in three short weeks for all those who want to try it (although knowing that some bugs should still be present, despite the cleaning that will be carried out by then). But what about the second version? According to Mark Gurman, who relies on the habits of Apple, it should be deployed two weeks earlier. Either… next week! As a reminder, the major versions of iOS are deployed alongside the arrival of the new iPhones.